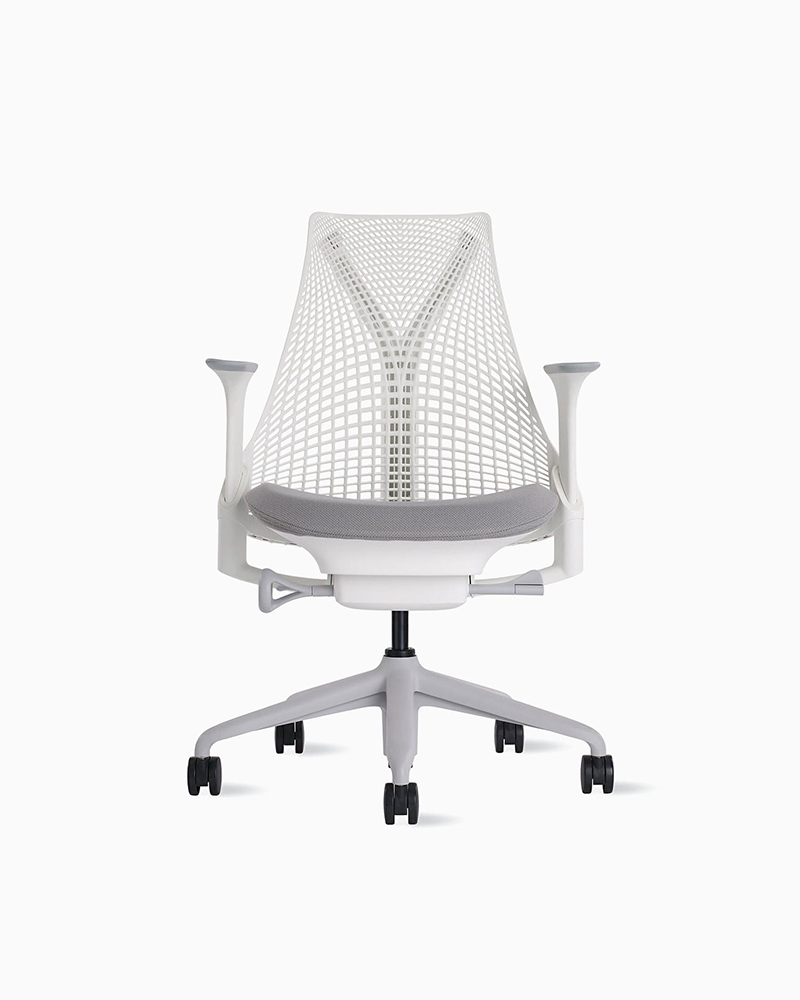 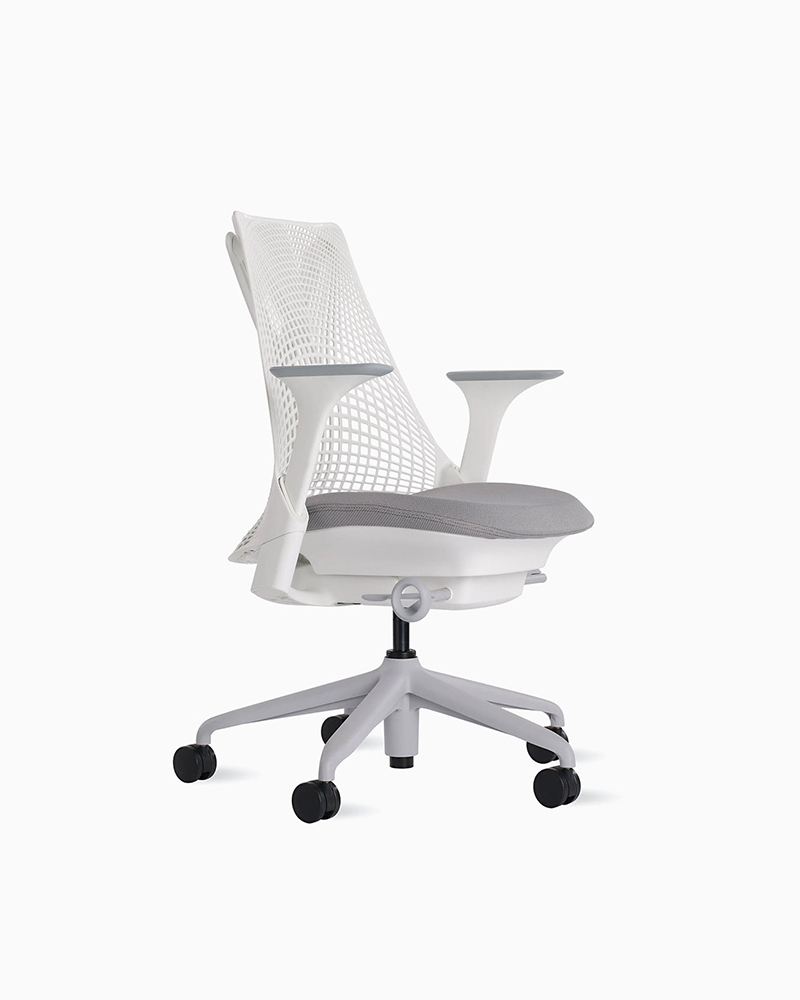 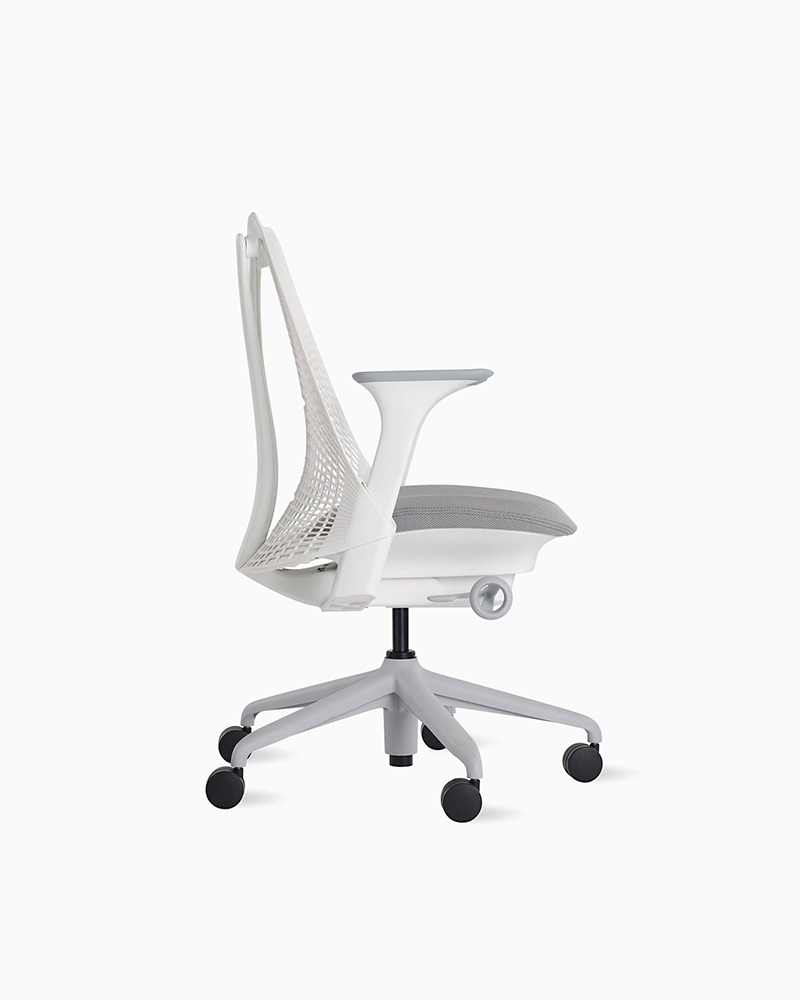 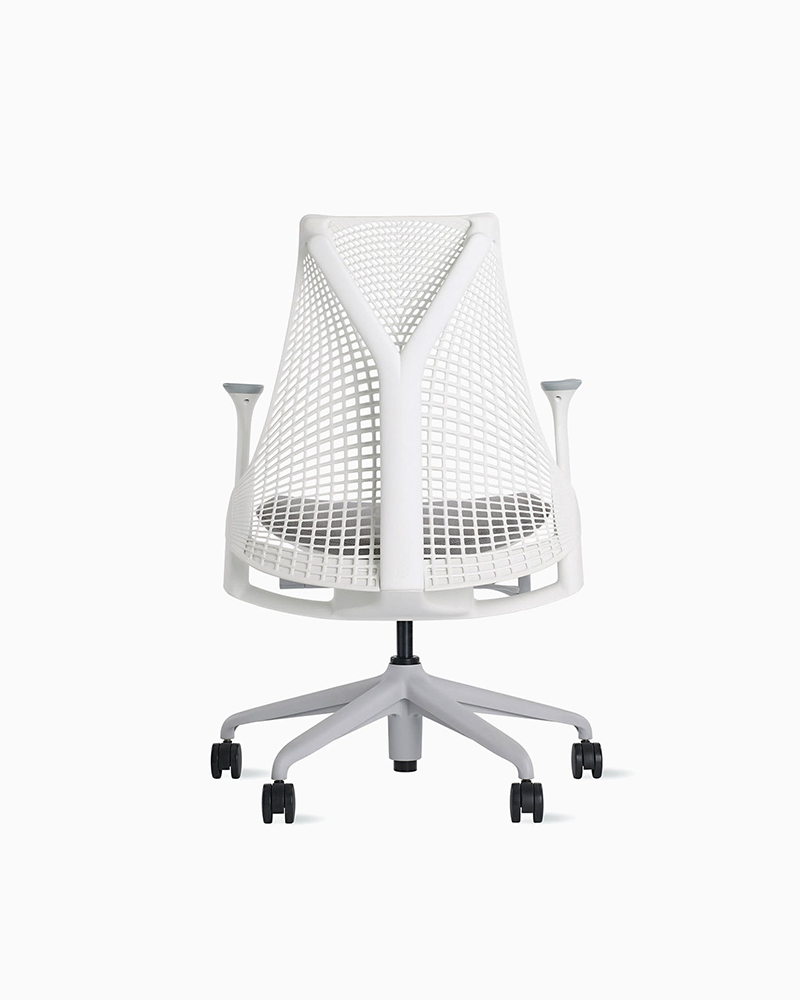 For Endless Inspiration — Designed with a nod to suspension bridges – structures that deliver the most using the least material – the Sayl office chair combines high style, responsive support, and pioneering environmental responsibility.

Inspired by the Golden Gate Bridge, the Sayl work chair makes a big impact with a small footprint. Its unique unframed back features elastomer strands that are stretched to provide the greatest tension where support is needed and less in areas that benefit from a greater range of motion. Speaking of motion, Sayl also features Harmonic Tilt technology, offering sitters a sense of balanced movement and support as they make moves throughout the workday. Plus, with no PVCs used, Sayl is up to 90% recyclable at the end of its long life.

A graduate of the Art Center College of Design, Yves Béhar started out working with high-tech Silicon Valley clients, eventually gravitating to the sport, apparel, technology, and furniture arenas. His admiration of Charles and Ray Eames first attracted him to Herman Miller. “Design is very much at the center of Herman Miller’s culture,” he says. “So one day I just picked up the phone, called them, and said, ‘Let’s work together.’” His collaborations with Herman Miller include Sayl chairs and Public Office Landscape™.
{{ reviewsTotal }}{{ options.labels.singularReviewCountLabel }}
{{ reviewsTotal }}{{ options.labels.pluralReviewCountLabel }}
{{ options.labels.newReviewButton }}
{{ userData.canReview.message }}

Office Design Project
is authorized dealer of the Herman Miller and Vitra companies in the Republic of Kazakhstan.